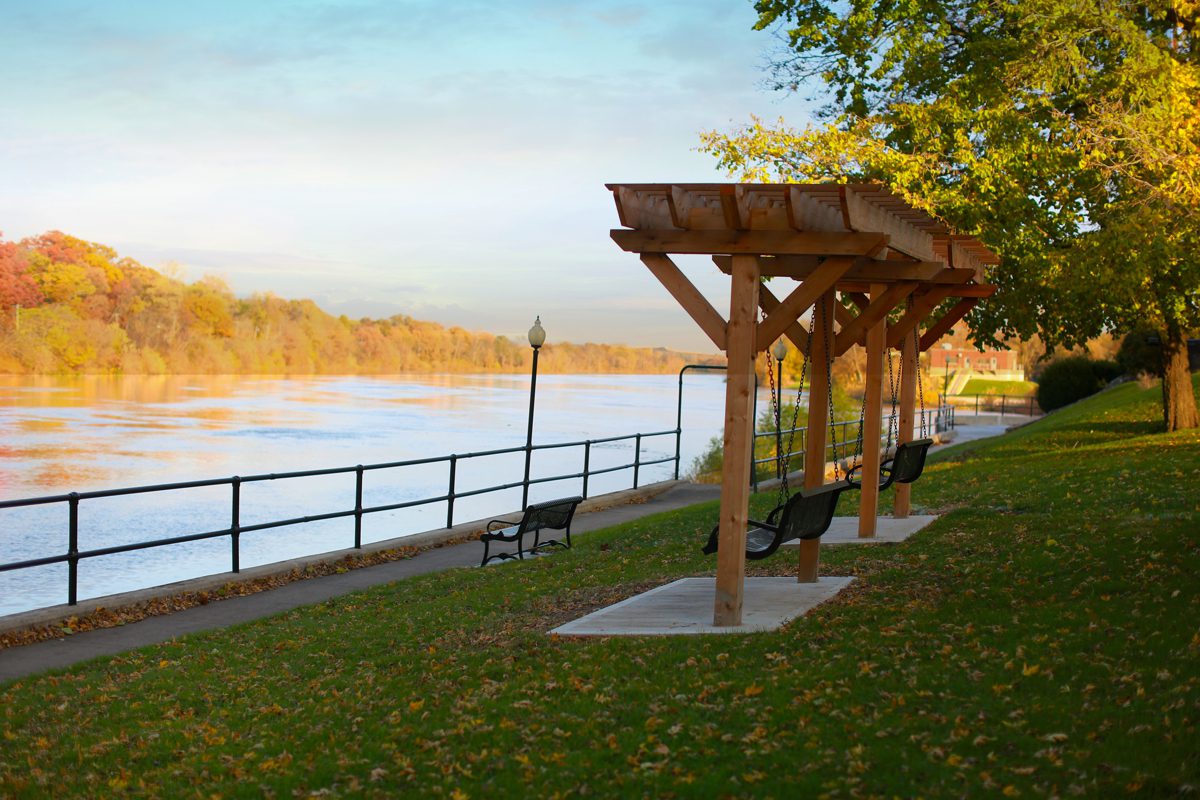 Our Autumn 2018 issue of Land to Lake magazine highlights some of the work completed along the riverfront near the confluence.

Streambank Stabilization and Water Quality Improvement practices are being implemented this Spring through Fall 2018 at Pontiac Park and along Fort Street.

Ohio EPA has awarded $400,000 of Great Lakes Restoration Initiative (GLRI) funding to the City of Defiance to be used for Riverbank Stabilization – starting with Pontiac Park as the top priority for implementation of this project. The City is coordinating the project and working in conjunction with the Defiance County Metro Parks who owns Pontiac Park. The Mannik & Smith Group (MSG) has been hired by the City to complete the site assessment and project design.

This project differs from the Auglaize Riverbank project in that the primary tool for stabilization will be bioengineering, using plants instead of rock. Refer to our Streambank Restoration PDF.

During the month of February, the City hosted a public input meeting to get feedback from the community, explain the intent of the riverbank stabilization using bioengineering techniques and begin to narrow down design options. MSG has completed a Surface Water/Wetland Delineation as well as an Archeological/Cultural Resources Assessment. Both of these two studies are required when work is planned along a waterway – and in this case, one that has such a rich cultural history of American Indian and Military activity.